Katsuya Yokoyama was one of the greatest masters of the shakuhachi in Japan today. He was born in Shizuoka Prefecture in 1934 and studied Kinko-ryu and Azuma styles of music with his father, Rampo Yokoyama, and grandfather, Koson Yokoyama. 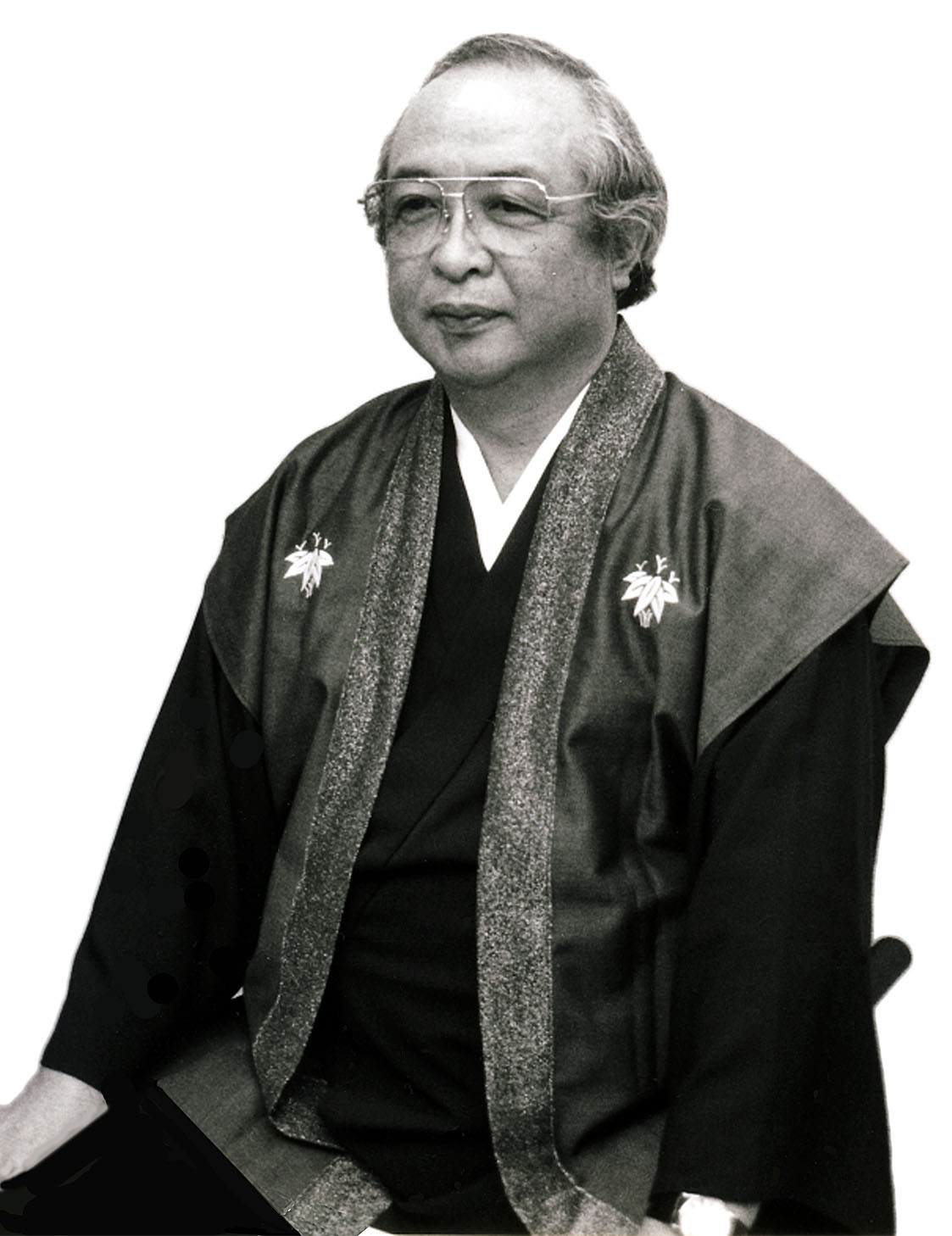 At the age of 25, Yokoyama began to study with Fukuda Rando, founder of the Azuma School and with Watazumido-doso Roshi, a legendary Fuke master who sought to synthesize shakuhachi music and spirituality within the context of Zen Buddhism. Guided by these two eminent masters, Yokoyama was able to combine the modernism of Rando with the deeply religious traditional spirit of Watazumido in his training. With this foundation, he came to develop a remarkably powerful and creative style that embodied both ends of the continuum. A true descendant of the Kinko tradition transmitted down through the generations, he also pioneered a revolution in modern music that swept across post-War Japan. 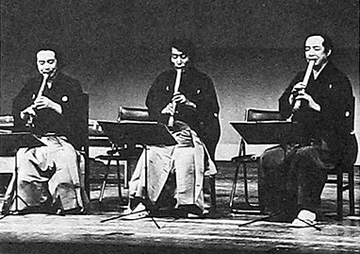 helped to establish a new genre of music for shakuhachi trio.

In 1967, Yokoyama was selected by the renowned composer Toru Takemitsu to perform the premiere of November Steps, his modern composition for shakuhachi, biwa and orchestra led by Seiji Ozawa and the New York Philharmonic. Since its opening over thirty five years ago, Yokoyama has performed this epic piece hundreds of times around the world.

In 1988, Yokoyama founded the Kokusai Shakuhachi Kenshu Center (International Shakuhachi Training Center) located in Bisei-cho, Okayama, Japan where he hosted the first International Shakuhachi Festival in 1993. This event precipitated founding of the World Shakuhachi Society and Festival held in Boulder, Colorado in 1998. At this gathering, five of the world's greatest shakuhachi masters, including Yokoyama, performed in a single venue for the first time ever.

In 2002, the Japanese government honored Yokoyama for a lifetime of achievement by awarding him the esteemed Shiju Hosho (Purple Ribbon Medal) award.

Katsuya Yokoyama passed away on April 21, 2010, leaving a rich legacy of shakuhachi tradition as a gift to the world.

This 3 CD set includes all of the pieces in the accompanying collection of sheet music.
All honkyoku are performed by Katsuya Yokoyama on a 1.8' shakuhachi.
Each score is printed on 11" x 17" folder. Some pieces require two folders.

Produced in Japan, this special 20th Anniversary reissue of the compositions of famed composer Fukuda Rando features the late Katsuya Yokoyama along with the three most senior members of Kokusai Shakuhachi Kenshukan, Teruo Furuya, Kasushi Matama and Kaoru Kakizakai. Originally released as a VCR in 1991, this new DVD allows us of to see and hear Yokoyama-sensei perform in the prime of his life in ensemble with his most devoted followers. Koto and jushichigen selections performed by Michiko Onari and Taeko Kamijyo.